WINNER of  Best Extension in the 2016 Real Homes Transformation Awards

Built in 1904, this handsome late-Victorian house forms part of Park Crescent, overlooking Albert Park – which was once described by Sir John Betjemen as England’s finest example of a Victorian suburb.  The park, together with the surrounding Victorian and Edwardian houses, were laid out by Christ’s Hospital of Abingdon from 1860.  Architects who worked on the estate included Edwin Dolby (1838–1900), his pupil, J. G. Timothy West (1860–1931), and A. B. West (1885–1957), as well as John Gibbs who designed the 1865 stone monument to Prince Albert in the park.

The house had only two owners before our clients acquired it in late 2014.  In the 1970s the last significant works to the house were undertaken where much of the Victorian detailing throughout the property was covered over along with the addition of an inappropriate rear extension.  The kitchen was also shoehorned into the darkest part of the property with little natural sunlight.

Our remit extended to re-planning the rear of the house. We replaced the 1970s extension with a much larger extension and repositioned the kitchen within to create a modern family space that addressed the garden. We also dropped the floor level from the hallway to heighten the drama when entering the space. Externally, the extent and proportions of the new space is framed with metal cladding.  It is an unashamedly modern approach that exploits the Victorian grandeur of the house. Clerestory and vertical slot windows also help capture late winter sun as well as providing glimpsed views of the garden from the new entrance porch. 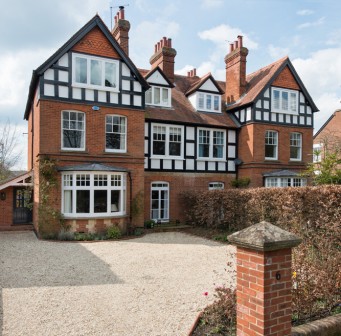 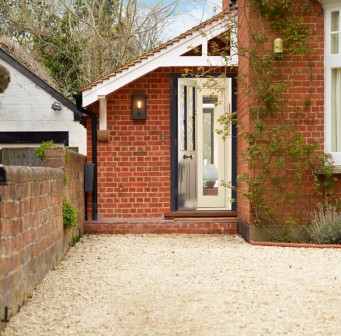 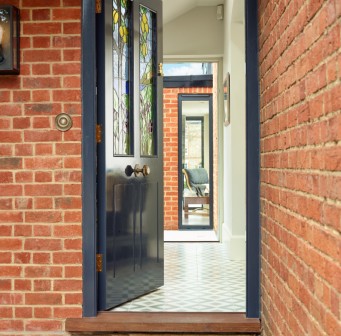 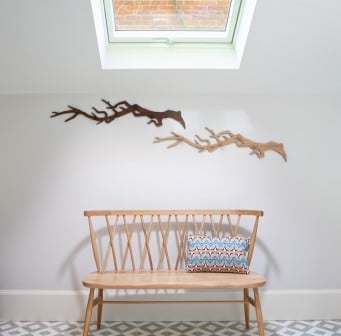 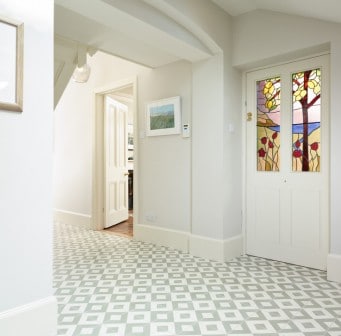 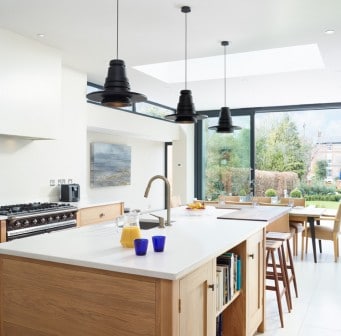 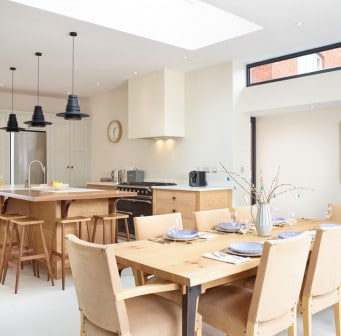 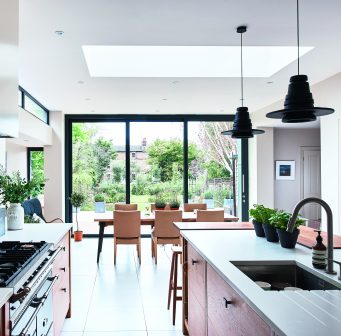 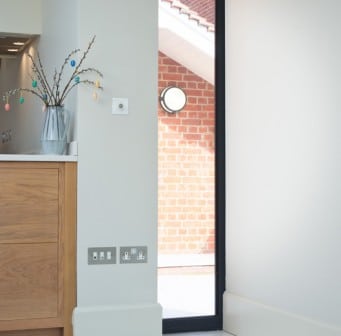 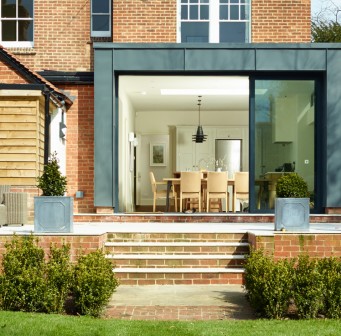 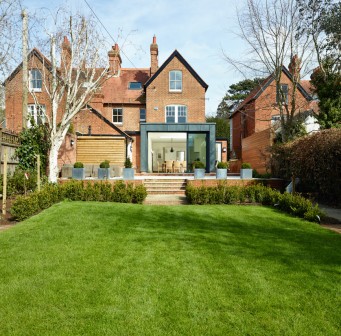 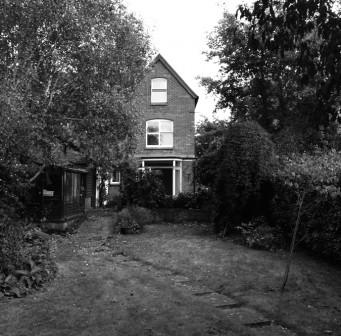